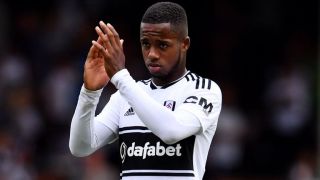 Manchester United’s newly-found transfer policy appears to be focused on young British talent, with Sky Sports claiming that the Reds have made contact with Fulham for Ryan Sessegnon. It is certainly a refreshing change from the era of the Galactico player, when United simply signed mercenaries with no interest in the club, jumping on the nearest available big name man.

Juventus and United’s divisional rivals Tottenham are also thought to be interested in the exciting 18 year old winger. Following the Cottagers immediate return to the Championship – and with Ole Gunnar Solskjaer’s desire to build a youthful squad of British-based players – the move looks a logical one.

There will be questions over whether Sessegnon is too young for such a big transfer, but one of the most highly rated and sought-after prospects in the country has already chalked up a century of senior appearances and is clearly too good to play in the second tier.

The news comes in the wake of apparent interest in Sean Longstaff, also as per Sky Sports, and Daniel James from Swansea.

So what do I make of this interest in the England under-21 player? I like it. He’s exactly the sort of player we need, someone who can play on either side and at left-back if required. He has been in and out of the team under three different Fulham bosses in 2018-19, but there can no denying his precocious talent.

Sessegnon possesses a bundle of pace and trickery with an ability to read the game that’s rare for someone so young.

With the prospect of James on one wing and Sessegnon on the other, it looks like we could be stockpiling for the future as Ole’s Old Trafford rebuild begins apace.