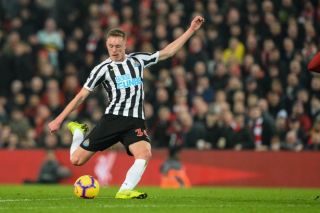 The report adds that manager Ole Gunnar Solskjaer wants to add young, home-grown talent during this window as he looks to rebuild his squad.

People may put their noses up when they see United linked with relatively unknown players, but how many players came to the this club without being household names and went on to become greats?

It could be a sensible new approach to building this team because it’s gone so wrong in previous summers.

United started throwing money around without considering team chemistry or morale. Paul Pogba, Alexis Sanchez, Angel Di Maria — all top players, but none managed to meet their expectations which were in place when they first arrived.

Longstaff would come in as another midfielder after losing Marouane Fellaini and Ander Herrera the past year. Let’s just hope we’re signing the right players – quality and personality wise.

Another name doing the rounds is Swansea City and Wales winger Daniel James, with The Sun reporting on United’s interest being at an advanced stage. It is noted that a deal is still far from being completed, but it shows that Solskjaer wants to bring in players who will work hard for the shirt.

However, there will be questions over their quality.

Expectations won’t be the same as other new signings we’ve made. These lads will be coming to United to prove they have what it takes, whereas you get a horrible sense of complacency from some of the big names we’ve previously snapped up.

How many of you had Longstaff and James on your transfer wishlist a month ago?