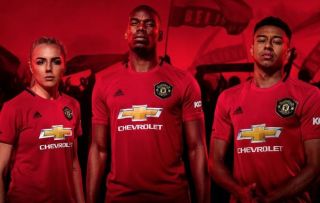 There are a number of fans mocking Manchester United’s new home kit for the 2019/20 season.

While I’m all for throwing a retro feel into each strip design, this hardly works. We’re a Europa League side next season and they’ve missed the opportunity to do this on the 20th anniversary – by a year!

One concept with the new kit’s design is the time ’90+3’ on the sleeve in reference to that iconic goal, but it’s a shame that the kit won’t ever be worn in the Champions League because Manchester United only qualified for the Europa League next season after missing out on a top four finish. 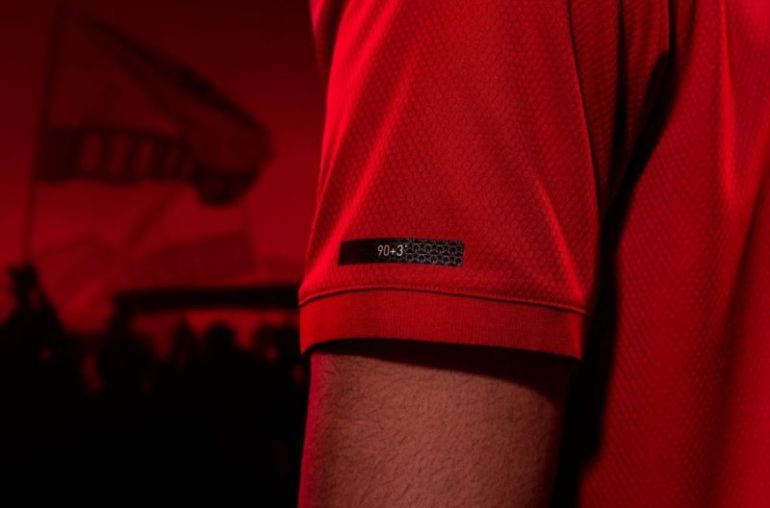 Many will argue that the kit should have released last year to mark the 20th anniversary of that memorable night at Camp Nou. At least it would have been work in the competition it celebrates!

But United won’t mind when sales continue to high ridiculous heights. Ed Woodward will be looking to hang his jacket on some marque signing who doesn’t fit what United are trying to do.

The fans have been casting their opinions on the shirt via Twitter (see below).

Manchester United release new kits commemorating the win of a competition 20 years ago, and we’ll wear that this season and not play that competition at all hahaha joke of a club.

Not on board with this kit featuring the mins we won the 99 CL in. About time we stop living in the past and marketing past successes cos theres no current ones. Were not even in the CL next season yet our kit pays homage to it. It’s a joke. Other than that quite like the shirt

So many awful things with that new Man United kit. Firstly, and most obviously, commemorating something 21 years ago, surely it should have been last season’s kit? Secondly, the purple goalkeeper shirt supposedly refers to the one Schmeichel wore that season – didn’t happen 😂🤦🏼‍♂️

Looks great.
But could be better if we can get some wins wearing those kit.

If you are a grown man/woman you shouldn’t care.