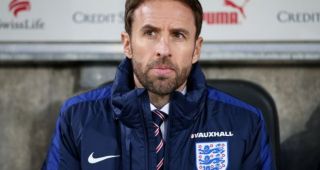 Gareth Southgate has named his 27-man squad to begin their preparations for this summer’s UEFA Nations League Finals.

It contains just two Manchester United players, with Jesse Lingered and Marcus Rashford both getting the nod.

Now, not only is Chris Smalling being overlooked by Southgate, there is no place for Phil Jones.

Manchester United player of the year winner Luke Shaw doesn’t even get a call-up, which comes as a little surprise. It’s not as if the Three Lions have many better options at left-back.

But only a squad of 23 will head to Portugal ahead of the semi-final with the Netherlands in Guimaraes on Thursday 6 June and a second game on Sunday 9 June.

See the full England team below, as selected by Southgate.