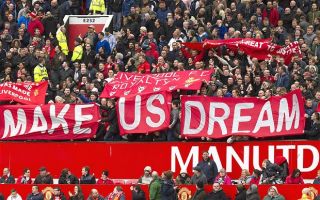 The venue is Hotel Football where a charity evening is taking place and broadcaster Steve Bower is interviewing Rachel Riley, Olly Murs and GNev on stage whilst also inviting audience questions. GNev is looking weary as the debate between Rachel and Olly goes on either side of him on who would win in a dance-off between the current players. Bower startles Gary back from wherever is head is at that time….

Bower: GNev… is there anything you’d like to add?

GNev: I think we’d need to find a new definition for the word “playmaker”.

The chuckles from the audience simmer down before Bower calls on a young lady in the front row wearing a United shirt to ask a question.

Audience Member: My question is to all three of you. Can you answer in one sentence or less….. erm……you know what I mean, why Manchester United is the greatest club in the world?

Rachel: Our History and commitment to youth.

Olly: Success and success, so let’s keep building on that.

Bower: No, I’m going to push you for a real answer on this one.

GNev: Well Rachel and Ben are right, our history, commitment to youth and success.

Bower: I’m not letting you leave without answering a question…..

GNev: Well the name Theatre Of Dreams is iconic, Sir Alex Ferguson was a genius, the treble was the single greatest thing in British football.

Bower: One’s a name of a stadium and the other an achievement from 20 years ago. I want an actual present day answer from you.

GNev looks into the audience.

Bower: What about the supporters? Why is Manchester Uni-

GNev: It’s not the greatest club in the world.

GNev: Fine, Rachel the idea that our history should be used as a measure for where we are today when you look at the recent history since Sir Alex left is a joke when you think of how already in our history we’ve spiralled from European Champions to relegation and the pattern is looking like repeating itself. You know why people are getting sick of our history? Because no one wants to talk about our future. If our future is that fucking rosy then why do we pick out everything we used to be whenever we mention United.
And Olly, with a straight face you’re going to tell a room full of people that we’re the only ones who enjoy success? Leicester have had success, Chelsea have had success, Arsenal have had success, Swansea, Birmingham, Blackburn(!) have had success. Come on there’s plenty of clubs who’ve had success and accomplished more in the last few years compared to us.

And you, in the audience, just in case you accidentally wander into Old Trafford one day there’s a few things you should know. There is absolutely no evidence to support the statement that at this moment in time United is the greatest club in the world. We’ve finished outside the top four for the fourth time in six years, failed to win a trophy for the second season in a row. We haven’t won at home and kept a clean sheet in over a year, we’ve finished closer to the relegation zone than the top of the league, only managed to score in one home Champions League game all season, only won two of our last 12 games, been knocked out of the League Cup by a Championship club again, not had a striker score over 20 goals this season, conceded the most goals since we were relegated, not beaten any of the other top six sides at home this season and only managed seven points from thirty available against those that finished above us and failed to beat the worst Premier League side in the competition’s history two weeks ago. We’ve spent hundreds of millions of pounds on players whose talent was either already spent or only to be used to sell shirts and then we’ve an ownership who have taken £1billion out of the club when our nearest rivals have had £1million pumped in.

In this country we lead in only the following categories, the amount of social media followers we have, home attendance figures and spending on agent fees for players who are invariably only interested in money in the first place. Now this isn’t the fault of an 18 year-old fan who’s probably more interested in Jesse Lingard’s dancing than his finishing but when you ask me “why is Manchester United the greatest club in the world” I don’t know what the fuck you’re talking about. You get me?!

The audience is silent…

GNev: It sure used to be. We had players who played for the shirt… we had players who signed for football reasons not financial reasons. We had a support that was seen by those in the club as a privilege to have and not persecuted whenever a ticket needed to be passed on. We fought for supporters not followers. As players we sacrificed it all to play for the badge, we had a Board that backed the manager, that weren’t scared to pay for what was needed and we always acted with class both on and off the pitch.

We built an incredible stadium, a state of the art training ground, looked to improve in revolutionary areas of sports science and psychology using the best in class in every department. We conquered Europe playing in a way that would be the envy of the world with the world’s hardest working players and the most talented individuals in football. We reached for the stars. Acted like men.

We looked at our rivals winning trophies and rose to the challenge, we didn’t look for the quickest way to cheapen what they did and instead worked twice as hard to surpass them. We didn’t identify ourselves with whoever’s ranting into a camera outside the ground, and god we didn’t turn on each other so easily.

First step in solving any problem is recognising there is one. Manchester United is not the greatest club in the world anymore.

Disclaimer: This article is a play on awards. The conversation didn’t actually take place, but probably would if you put Olly Murs and Rachel Riley in a room with one of the best speakers on Manchester United to date. 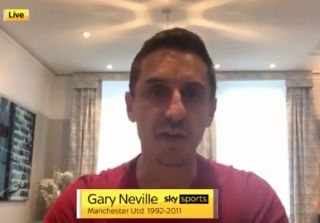