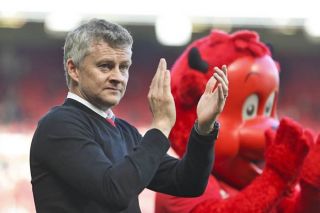 I don’t know any United fans who back against the Reds, but anyway…

BetWay have produced an infographic outlining how much you would have won last season if you backed Manchester United to win, draw or lose each game with £10 bets.

The most profitable win, as seen below, came on game week 22 when United beat Tottenham 1-0 away from home. A £10 bet would have returned £25, which would have had it as a nice addition to someone’s accumulator.

United’s most profitable draw was a terrible result – drawing 2-2 at home against Burnley – which would have returned a decent £54 payout.

Then, the most profitable defeat, earning the punter a massive £89 was United’s 2-0 defeat against Cardiff City on the last game of the season. It was a shocker and I highly doubt there were any Reds raising their hands in the bookies at full-time. 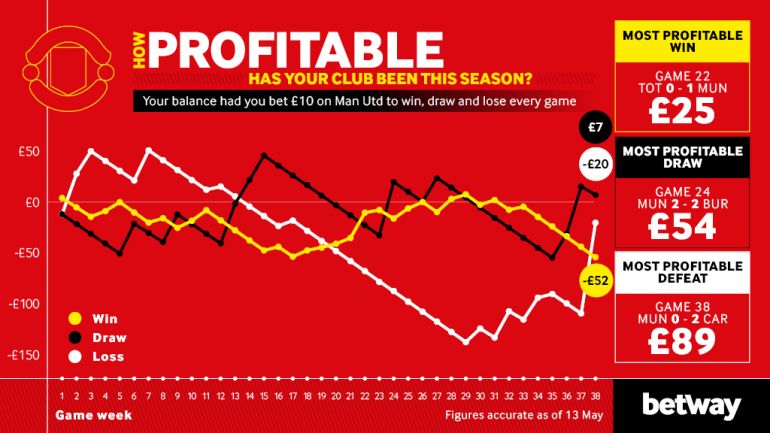 In what was a difficult season for the Reds, neutrals probably avoided picking José Mourinho’s side, or even the team that dropped in performance levels under Ole Gunnar Solskjaer towards the end of the season.

Losing to relegation fodder like Cardiff City was embarrassing — especially on the final day of the season at Old Trafford.

Things must improve next season.

Watch the video below on the Premier League profit table (via Betway).