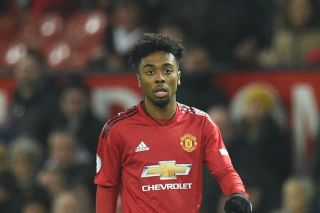 Angel Gomes, the 18-year-old sensation in Manchester United’s academy, is being linked with a move to Paris Saint-Germain in the Portuguese media.

The story comes from Tuesday’s edition of A Bola, cited by Sport Witness, and it claims Gomes doesn’t fancy another year playing for the reserves and it ready to push on for more first-team opportunities next term.

Gomes will see examples such as Borussia Dortmund’s Jadon Sancho who left England (Manchester City) to gain first team experience in another country. Sure, it was a risk, but one that’s paid off.

Sancho is now seen as one of the most exciting young talents in European football, now 19, and is already part of Gareth Southgate’s plans for the Three Lions.

That could now be an opportunity for Gomes, with PSG rumoured to have interest in sealing his signature.

The story claims Gomes wants a ‘bigger challenge’ so is willing to take approaches from PSG and other unamed clubs, said to be based in Portugal and Spain.

A Bola also suggest that United manager Ole Gunnar Solskjaer has his doubts over Gomes needing to be more physically ready.

There’s a lot of excitement surrounding Gomes though, and there has been for years…

And, if Solskjaer wants to build a team around youth, he should probably try his best to keep hold of talent like Gomes.

It would make viewing that watching our big stars, who take home ridiculous money, stroll around the pitch like robots. 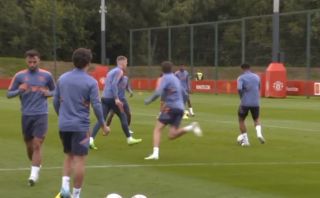