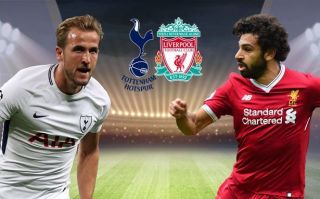 The Champions League is a strange competition – more often than not the impossible comes true and in no week has that been truer than this.

On Tuesday, Liverpool made history, miraculously beating Barcelona (and Lionel Messi) with a 4-0 defeat at Anfield. On Wednesday, Tottenham Hotspurs also achieved great feats away against Ajax with a sensational hat trick from Lucas Moura.

That leaves us with all all-English final, which will take place on the 1st of June. As the fans of both teams rush to book their flights out to Madrid, we look at which bets you should place ahead of the event.

Liverpool are the current favourites to win the Champion’s League 2019 and we’re almost certain it’s going to happen. There’s a magical element when Liverpool play in Europe and, having been beaten in the final last year, Jurgen Klopp and the team will be hungry to do their fans proud this year.

Moreover, Liverpool have played Tottenham twice this year and they emerged victorious both times. In the Premier League, Liverpool beat Spurs 2-0 away, and 2-1 at home thanks to a last minute own goal from Toby Alderweireld.

Of course, the Champion’s League is a different beast but as we’ve already mentioned, Liverpool often make big games look easy in Europe.

As there’s no value in placing a bet on Liverpool to win, you may want to back Spurs. Spurs haven’t ever reached the final of the Champions League before yet this could actually lead them to victory over Liverpool.

In last year’s competition, Spurs were knocked out in the round of 16, after a crushing defeat by Juventus. Now, however, the team are looking like they have an amazing fighting spirit which could just give them the edge over a seasoned Liverpool team.

Both teams have some phenomenal forwards, and so it should be an eventful match. By the 1st of June, Liverpool should have star players Salah and Firmino back who, in addition to Sadio Mané, should help the reds score at least a couple of times.

Spurs are also looking strong in this department. Off the success of his hat-trick in the semi-final, Moura will be looking for opportunities whilst Harry Kane has already hinted that he may be healthy enough to play in Madrid.

Looking at all the statistics and both team’s recent form, we’d put money on Liverpool to win 3-1, with Mané as the first goalscorer of the match. Mané missed his chance in the semi-finals yet we’re sure the Senegalese winger will find the space to bag an early goal for the reds.

If you want betting tips and football analysis, head to Gowin.co.uk. Their team of experts know exactly how to weigh up the odds and will make sure you’re onto a winner.