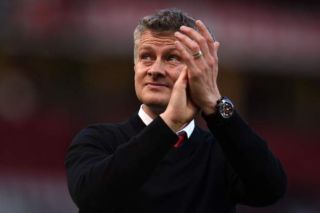 Manchester United’s 2-0 defeat to Cardiff City at Old Trafford means Ole Gunnar Solskjaer’s side lost eight of their last 12 games of the season.

Nathaniel Mendez-Laing scored twice either side of half-time to compound a miserable season for the Reds.

“Today was not the problem, you can have all the possession and chances you want but we concede easy goals and not score at the other. That is not where our challenge lies, we have a long and hard way to be where we want to be,” Solskjaer told the BBC.
“Mason Greenwood was brilliant, he was our best player by a mile and that says a lot about the kid. He came into the team with a lack of confidence and you can see that has take a total. Not surprised by his performance, we know he is capable of that.
“It will take some time to close in on the top, we finished five or six points behind third, fourth, fifth and that has to be our aim. The top two teams have set a standard higher than before and we have to take up the next challenge.
“The work starts now, everyone has the summer off but we have to come back with a different mentality and different attitude of being a Man United team.
“The ones who played, did well but it was not good enough.”

Solskjaer has a monumental task on his hands if United are to get back to even being close to competing next season. Smart recruitment is essential this summer, as is offloading players who are simply not good enough or not willing enough to play under Norwegian.

The season is finally over, and hopefully we have seen the last of some players in a Manchester United shirt.