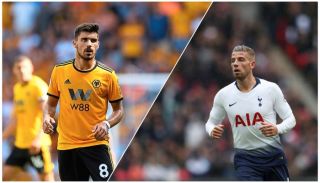 It is no secret that Manchester United need a monumental overhaul and with the summer transfer window looming fast, it is sure to be a busy summer at Old Trafford. We need ten players in and ten players out, but it’s going to take more than just a few months for us to get what we need. It looks the mother of all rebuilding jobs for Ole Gunnar Solskjaer and it should never have come to this.

As many as six players could leave United, with the club looking to bring in at least four. With that in mind, here we take a look at five Premier League based talents who could make a difference to us.

The Belgian has been a mainstay of both his club and his country’s rise to prominence. Although he’s in the twilight of his career, he’s still got a good few years left in him yet. Alderweireld is one of the best centre-backs around and would be the perfect grit-and-guile foil alongside Victor Lindelof. A dearth of good centre-halves has been United’s Achilles heel for years, we still haven’t adequately replaced Rio Ferdinand and Nemanja Vidic. This man is perfect for that job.

NEXT: Liverpool in pole position to sign Real Madrid forward who Man Utd value at £69m

He’s been linked with United in the past, as per The Express, but the Spurs man won’t come cheap. Daniel Levy is notoriously hard-nosed when it comes to doing business with so we’ll have to be very astute to prise one of his top assets away from north London.

We haven’t had a good wide man since Ronaldo left but I rate Bournemouth’s Ryan Fraser. 25 and at his peak, the Scot has had the season of his life for Eddie Howe’s Cherries. Deployed as a right-footed left winger, he can also cover both full-back positions if needed. Bournemouth’s creator-in-chief has plundered 8 goals and 15 assists (via Transfermarkt) in tandem with Callum Wilson (who I’d also take at Old Trafford) during this impressively eye-catching campaign.

If we were to sign him it would mean a revamping of style as well as personnell as we have no natural width and play narrow. United have a rich legacy when it comes to the free-wheeling winger, but the traditional type has become a dying Premier League breed. Bournemouth are one of the few sides to still play that way and Fraser is an integral part of this.

I’ve been an admirer of this lad for years even before his mightily impressive debut Premier League season. Part of a tenacious, brave and agile Wolves side, Neves was instrumental in their superb seventh-placed finish and has contributed to twelve goals this season. More than that, he is the archetypal ball-carrying flair player so conspicuous in absentia at United. We need an upgrade on Nemanja Matic who simply isn’t good enough and Neves, 22, would certainly give us that. His skill, vision and range of passing are among his best attributes and, whether we keep hold of Paul Pogba or not, Neves is a Man Utd player in all but name. He is too good for Wolves but they will be desperate not to sell him.

Wan-Bissaka and Rice. It might sound like part of a takeaway order, but in fact, both are two of the finest young homegrown talents in the Premier League. Coming to the end of his second season at West Ham, the 20-year-old is the latest product of the Hammers famed Academy.

Superbly nicknamed the ‘Basmati Busquets’, he was impressive against United at Old Trafford a few weeks ago, linking the play with energy, guile and nous. Strong in the tackle and composed on the ball, he can also play as a ball playing centre-back and has become a big game player after impressing against the top six. It is surely a matter of ‘when’ rather than ‘if’ Rice gets a big money move elsewhere. He was rewarded for his sparkling form with a debut for Gareth Southgate’s England team after being the subject of a tug-of-war between the Three Lions and the Republic of Ireland (who he is eligible for through his grandparents). He would be a class addition to a United squad in need of open-heart surgery. Solskjaer is said to be a fan, if you believe the Daily Mail.

The breakout star of 2018-19, Wan-Bissaka has been tipped to reach the very top. The most exciting talent to come through the Crystal Palace Academy in years, he’s burst on to the scene and has already attracted attention from the league’s leading lights.

United are in desperate need of a top class right-back and the 21-year-old ticks all the box: he’s a quick, fearless and dynamic young talent that we’re crying out for. Ashley Young, Antonio Valencia and Matteo Darmian aren’t up to standard and new blood is required. With the addition of Wan – Bissaka, and Diogo Dalot and Luke Shaw to provide competition, United’s full-back positions would be in their best state for ages. 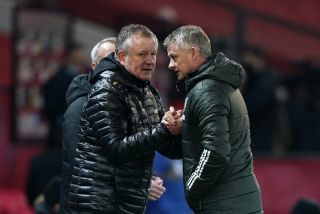 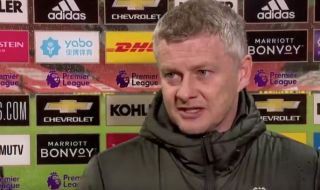 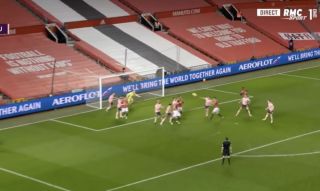 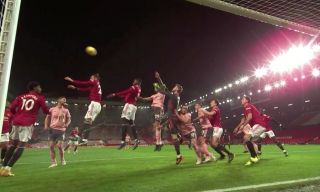