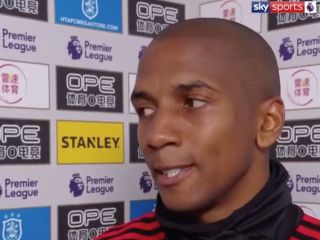 The United full-back says it felt like a defeat rather than a draw, which is accurate when you consider the result means we won’t have Champions League football next season.

“It’s a massive blow,” Young said as he reflected on missing out on a top four finish this season. He also says he’s ready to fight back next season.

But Youngy isn’t the most popular figure at Old Trafford.

His performances are getting worse and it’s clear we’ve got an ageing player on our hands, who, perhaps laughably, has been given a new contract.

It’s a bit of a hit to hear him talk about next season as if he’s a major part of Ole Gunnar Solskjaer’s plans.

Well, because he really shouldn’t be…