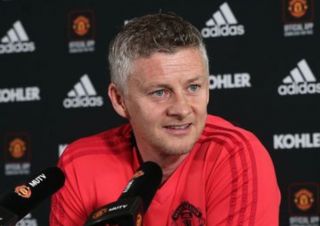 We might do our best to cover every story related to the club, but it’s impossible to remember every name nevermind their preferred position.

There will be even more written about United this year with Ole Gunnar Solskjaer given the keys to rebuild this team. The club is working on appointing a technical director too, which suggests there is a lot of work going on behind the scenes.

As well as that, Solskjaer will be putting a list together of his transfer targets for the summer. He will be told how much he has to spend and with that money, United are expected to improve next season.

Many ask how many signings we can expect this summer, but nobody really knows… It depends on how each deal is negotiated and when it comes to Deadline Day, some deals don’t get done in time.

United will be looking to avoid that sort of drama this summer.

When asked about waiting for a technical director to be appointed, Solskjaer said, as per the Manchester Evening News: “I’ll have a final say if a player comes in or go out and we’ve got regular meetings, I’m happy with the way it’s going and we’re supposed to sign 250 players so hopefully we can get players in you have written about as well.”

There’s no denying he has a point about the number of players we’re linked with. You would need more than two hands to count the defenders alone.

Even top managers, such as Louis van Gaal, struggled to identify players of his own.

It remains to be seen whether Solskjaer will make his own calls this summer or if he’ll decide to work closely with the club’s board and scouting network.