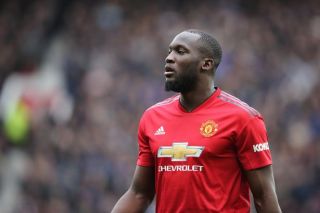 A recent story from Paris United claims Edinson Cavani’s future at Paris Saint-Germain is in doubt.

The Uruguayan striker, a favourite among PSG ultras, could be moved on this summer as long as they find a club that will meet his wage demands.

What interested us in the piece, however, is how they name Romelu Lukaku as a potential replacement for the forward.

It is through the good work of Sport Witness that this was brought to our attention (H/t).

There will be no sleep lost if Lukaku leaves Old Trafford this summer, with the Manchester Evening News claiming he is open to moving to Serie A.

United need to replace the Belgian striker with someone dangerous enough to score 20+ goals a season. With 12 goals in 32 league appearances, Lukaku is some way off that, although his record for a 25-year-old is still impressive.

While the report looks at Lukaku’s situation at Old Trafford, Paris United carefully state any transfer has ‘very little chance of happening’ which could be down to PSG preferring other targets, or Lukaku wanting to move elsewhere.

Other names mentioned in the piece are Lyon’s Moussa Dembele, Mauro Icardi and Luka Jovic.