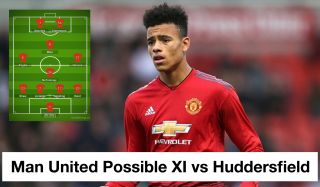 After a disappointing draw against Chelsea in which Manchester United played well for large parts of the match, it is likely time to bid farewell to Champions League qualification for next season, or at least the idea that the current group of players will secure it for Ole Gunnar Solskjaer.

Heading into the final two matches of the season, this could be a solid opportunity to give out final opportunities to players who could be on their way out this summer, and allow them to prove themselves against two sides that United should be beating regardless of who plays.

The unlimited frustration surrounding De Gea’s howler against Chelsea, one which gifted United’s entire season away in a matter of seconds, was ultimately temporary given how many times the goalkeeper has saved United in similar situations. Whether he is staying or not next season, he deserves to play the final two games of this campaign.

Ashley Young’s frustrating self prevailed against Chelsea as the converted winger fluffed his lines for many attacks that could have been interesting from a United standpoint. Dalot deserves a chance to start against a Huddersfield side against whom he will have plenty of chances to break forward and look to earn an assist.

Eric Baily’s unfortunate injury after what was a solid display against Chelsea paves the way for Chris Smalling to return to the side for this match. The United board need a solid outlay of time to recruit and promote the correct defenders such that Smalling and Jones are not the only ones available by the time April rolls around.

Retaining the leadership which could free the other members of the backline to shine, Lindelof also deserves to keep his place at the back after an excellent campaign which was augmented by his display over the weekend.

While the results have not sweetened since his return, even the most cynical viewer would have to admit that Shaw’s inclusion in the side is incredibly important. Like Dalot, he should be looking to bomb forward and influence attacking proceedings.

The midfielder’s exclusion and then bizarre entry into the fray against Chelsea both proved to be strange decisions from Solskjaer, who should reward the player with a start now. McTominay has produced a campaign full of consistent and effective performances which warrant another start here.

While Herrera may be leaving the club this summer, the Spaniard’s influence against Chelsea was clear as he dominated the middle third and allowed the players ahead of him to play with greater freedom and exert their personality on the match. This effect eventually faded as the match progressed, but it is very clear that the midfielder is a huge influence on proceedings whenever he is on the pitch.

Pogba’s inclusion here is based on the premise that he is staying at United this summer. His credentials for the role are obvious, but if he isn’t staying, Solskjaer might be better off promoting the likes of James Garner, or even simply using Juan Mata in this role.

Likely to be rewarded for his goal and solid display against Chelsea is Juan Mata, who deserves the chance to start this match and attempt to find United’s two strikers between the lines with the usual formula of interchanging movement and runners around him.

Last, but certainly not least, is Greenwood, the 17-year-old who debuted in the Champions League and has been producing Messi-level numbers in the youth academy for months on end. Greenwood is a dynamic striker who could benefit from injuries that both Marcus Rashford and Romelu Lukaku seem to be suffering from, as reported by 101 Great Goals, and should he perform, could immediately begin his seemingly inevitable rise to the top of European football.

It is admittedly extremely difficult to pick this last spot. Jesse Lingard was not involved at all against Chelsea, while Anthony Martial sat on the bench with mixed reports of injury problems and attitude problems, or perhaps both compounded. It, therefore, seems most likely that Alexis Sanchez will start and have one last chance to influence proceedings in a United shirt.