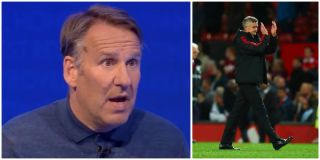 The race for the top four is coming to an end.

That leaves Arsenal in fifth — two points less than Chelsea, one more than United — and they will use the excuse of Unai Emery’s task of changing the team’s mentality. For too many years they settled for top four under Arsene Wenger, and that’s now happening at Old Trafford.

For Ole Gunnar Solskjaer, it’s important he clears out the deadwood this season and keep the players who actually want to be there.

Anyhow, Sky Sports have debated which club needs Champions League football the most out of those challenging for it this season.

Which club needs the Champions League most? They agreed on you know who…