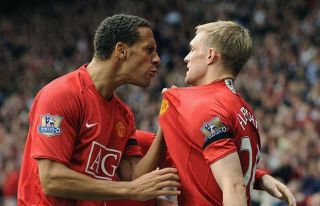 The summer transfer window is quickly approaching but there is plenty of confusion over Manchester United’s transfer strategy.

Following the sacking of José Mourinho, it was assumed that United would bring in a director of football to work alongside his long-term successor. We’re now two weeks away from the Premier League season ending, with the title going to either Man City or Liverpool, and to add to the blow United are still to appoint a director of some sort.

The term being passed around a lot is technical director. Apparently whoever gets the job will be tasked with smoothing the process of Ole Gunnar Solskjaer’s dealings with United’s recruitment department.

However, while United seem to be going back to ex-players we all know from representing the club, that may not have always been the case.

James Robson of the Standard explains it well: Having originally assessed leading figures on the continent, Woodward then placed, what has been described internally, as a cultural filter over the appointment process.

And, it appears they want someone with strong United links.

Mike Phelan is said to be keen on the role.

The Standard also claims that a dual role has been floated, meaning Phelan could have two roles beyond this season as assistant manager and technical director.

Darren Fletcher is in line for another role at the club, while Rio Ferdinand is also in contention for the technical director position. A real sense of the old guard coming back, but is that a good thing?

This is Manchester United, not some mickey mouse club trying its luck.

The decisions being made don’t seem at all convincing.

If Woodward wanted a cultural shake-up – to remind everyone what United is about – firstly, he should learn a thing or two about it.

But with these former players coming in, the initial sense of unity won’t be long about wearing thin.

There’s still a lot of confusion surrounding United heading into the club’s first transfer window under Solskjaer. A frightening thought considering how bad our summer went last year and now we probably won’t even have Champions League football to offer.