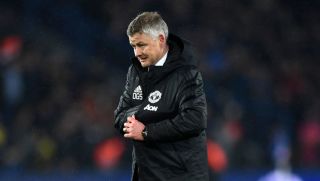 The evidence has been there for years, the Premier League is changing and changing quickly. Manchester United will need to change with it if they are to flourish again in the new reality. As United wake up to the very real possibility of Europa League football next season, the club can have no real complaints as they have progressively failed to act effectively to adapt to the new landscape.

Manchester City have consolidated their financial strength into creating an organisation that is focussed on success throughout the club. With arguably the best manager currently in world football, an advanced youth system and state of the art facilities, this effort has translated into success on the pitch with City now in pole position to secure back-to-back Premiership titles.

Liverpool have been patiently re-building under Jurgen Klopp, developing a recruitment process based on a systematic acquisition of players to fulfil specialist roles within a system, as opposed to signing star names to sell more shirts or cars. Liverpool have though been willing to splash-the-cash, but only if that player compliments the system or directly addresses a weakness in the team.

Similarly, Tottenham have gone about their business by acquiring talent within a very strict pay structure. Simultaneously they have been able to develop a strong team whilst unveiling a brand spanking new stadium, widely regarded as one of the best in the world. In addition, money has been pouring into some of the ‘provincial’ clubs in the Premiership and teams such as Wolves, who have clearly demonstrated their potency versus United, are closing the gap on the so-called giants of English football.

Considering also the deep resources available to the ever present Chelsea, then all of a sudden the numbers do not fit. Six does not go into four and that equation vying for Champions League football could rise to seven or eight all fighting for a place in the top four. This spells bad news for United who this season have simply been unable to compete with Liverpool or City and have been humbled by various others throughout the season.

The press is full of calls for a clear out at Manchester United and many believe that process needs to start at the top if the culture is going to truly change to reflect the demands of a more competitive Premier League. You have got to feel that the prospects of this currently are not encouraging. There is also the problem of being Manchester United, in other words as soon as Ed Woodward starts knocking on the door of a prospective transfer target, the price and wages ramp up astronomically. This will be compounded if resources are depleted by falling commercial revenue as the result of not playing against the continent’s elite.

So how can this be addressed? The answer in short is not easily. There will become competing imperatives as the team seeks to re-build. Looking at the experience of their peers the sensible approach for United would be to take a step-back, focus on the developing youth and then base a transfer policy targeted on acquiring specialist talent to fulfil specific roles in Ole’s system. The problem is would he really be given enough time? Under the current debt structure, the money needs to continue to roll into the club and the commercial strategy relies on being in the Champions League, particularly if the rumoured penalty clauses exist with partners for non-qualification.

Finishing in the top four will be a minimum requirement for Solskjaer under the Glazers, it is improbable to foresee a situation where he could survive beyond May 2020 if United miss out on qualifying for the 2020/21 Champions League season. This uncomfortable reality may result in further ‘knee-jerk’ signings based on who is available and significantly who would be willing to play for a team in the Europa League. Consequently, the Director of Football appointment needs to come sooner rather than later given the current circumstances. The success or otherwise of this recruitment process will likely have wide-ranging implications for the future of Manchester United.

A lot is riding on getting this appointment right, it requires a visionary with the right experience and profile to help navigate this club through the potentially stormy seas to come.