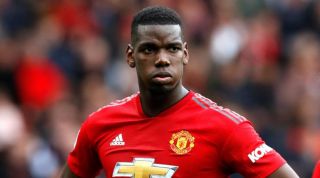 Representatives of Paul Pogba have reportedly opened the door to a possible switch to Real Madrid this summer.

The French has been linked with a move away from Old Trafford since last year, initially after his relationship with José Mourinho worsened with a series of spats, but now as United fall down the pecking order of English football it is Pogba who is getting most of the blame on the pitch.

Everyone wonders how he can leave for international duty and do so well for France, but can’t seem to replicate the same level of performance with any consistency for United.

As per BBC Sport, the United midfielder admitted back in March that playing for Real Madrid is a ‘dream’ and then Sky Sports ran a report claiming the Spanish giants are confident of landing both Pogba and Chelsea’s Eden Hazard.

Diario Gol suggests that Pogba’s entourage has given the green light for him to move to the Santiago Bernabeu this summer.

Zinedine Zidane has been tasked with rebuilding the current Real Madrid squad and he’s made his admiration for Pogba no secret in the past.

It’s been a bad season for Los Blancos and they will be looking to find a fix in the transfer market.

But do they really think that fix involves Paul Pogba?

Spanish football may suit the Frenchman better, but from a United perspective I don’t think to sell Pogba would be the worst idea.