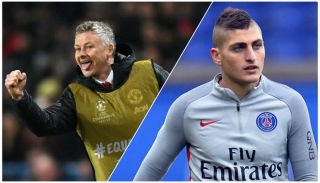 An unlikely source for Manchester United transfer advice popped up in a recent Daily Mail column.

Ex-Liverpool man Danny Murphy has had his say on who United should bring in this summer.

Regularly seen as a pundit these days, Murphy is in a position now to cast his views on all teams, not just those he represented during his playing career.

I’m not sure how well it would go down in Merseyside if Phil Neville decided to offer Jurgen Klopp transfer advice, though the German coach has bought well as Liverpool manager.

Ole Gunnar Solskjaer, on the other hand, could do with advice from someone. Someone other than Murphy.

This will be the Norwegian’s first transfer window as United manager and he’s never been in such a position before. His former clubs, Molde and Cardiff City don’t have the same expectations when buying players, or responsibility when it comes to spending hundreds of millions.

Murphy told the Daily Mail: “If I were Ole Gunnar Solskjaer, I’d ask Ed Woodward to make five important signings this summer as a matter of priority: two centre-halves and three midfielders.

“Manchester United can’t cure their problem in one transfer window but they have to think strategically to get even close to Manchester City and Liverpool.

“Their transfer policy should be a mixture of ready-made buys and the best young players in the world.”

And Murphy believes United should be targeting some players already in the Premier League, playing for Chelsea, Tottenham and Everton.

N’Golo Kante, Toby Alderweireld and Andre Gomes make Murphy’s wishlist for Solskjaer (see how the team would look with Murphy’s recommendations below).

Gomes is on loan from Barcelona and has proved to be a good addition at Everton this season.

The likelihood of United signing Kante is slim. Chelsea have a transfer ban and are not going to allow a star player to join a domestic rival during that period.

Alderweirled has been a rock at the back this season for Spurs, therefore, Solskjaer should look to get him in on the cheap.

As for the rest, your guess is as good as mine… 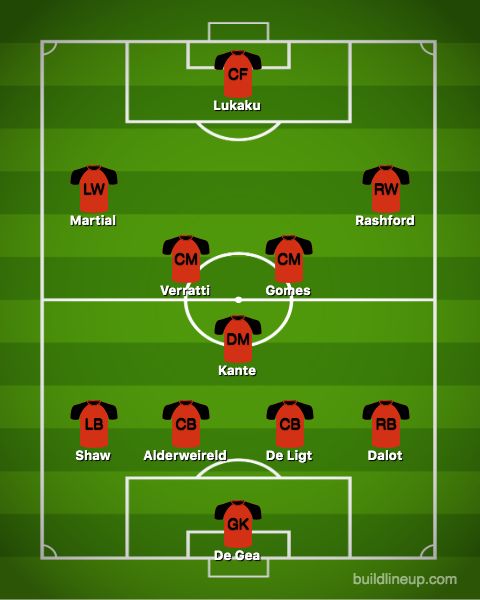