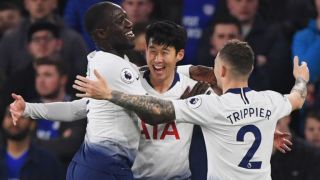 A report from Gianluca Di Marzio states that Napoli target Kieran Tripper would prefer a move to Manchester United, should the Reds pursue a deal and come to an agreement with Tottenham.

Ole Gunnar Solskjaer has been tasked with rebuilding the United team and many would point to the right-back position as a troublesome area. Ashley Young has occupied the role throughout this season, earning a contract extension in the process, but his form continues to dwindle along with the belief he is finished at the top level.

As a result, United are being linked with several full-backs with the club said to be prepared to back Solskjaer financially in the transfer market.

They have no other choice with the squad needing a makeover. Too many players at this club have got away with underperforming for too long now and it gives a bad smell when their attitudes aren’t in check.

There’s a big problem if the fans don’t feel a connection with the current team, during any era, making Solskjaer’s job this summer more difficult.

Di Marzio, an established football journalist from Italy, is renowned as the Transfer Godfather to those who closely follow his transfer updates on Twitter. This is a credible source stating the Spurs full-back would welcome interest from the Reds, a come and get me plea.

United have also been linked with fellow Premier League star Aaron Wan-Bissaka, who would be a younger, more long-term, and arguably better signing. 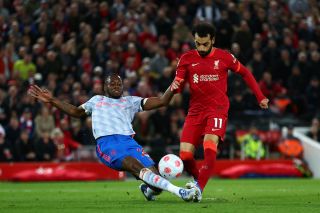