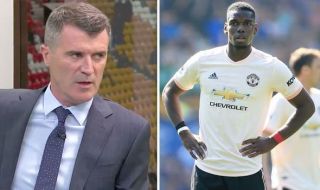 The French midfielder says his critics “can say what they want” as he continues to receive criticism for his lack of consistency.

Keane was critical of Pogba ahead of the derby defeat to Manchester City last week, branding the World Cup winner “a problem” for manager Ole Gunnar Solskjaer.

It was the sort of analytical segment we’ve come to expect from Keane when he’s studio-bound.

Interestingly, for all the criticism he gets, Pogba was named in the PFA team of the year. He also has 16 goals to his name this season, which is not a bad return for a central midfielder.

But his inconsistent displays most weeks are an issue. You don’t know what Pogba will show up next and that makes it difficult for United as a team to grow.

“There’s no problem,” he told RMC following the 1-1 draw with Chelsea in the league, as cited by ESPN. “They’re paid to say things in front of a camera. I’m just focused on what happens on the pitch.

“They can say what they want, they’re paid for that. I’m not paid to speak. I’m paid to be on the pitch and to fight for my team. That’s all.”

Sorry, but the fucking irony in that is hard to consume.

Keane gets paid to talk about football whenever he’s not with Nottingham Forest, which is why he talks about it. Broadcasting companies get their money’s worth.

“I wouldn’t believe a word he says,” Keane told Sky Sports. “There’s no meaning, no meaning behind it. I don’t even think he believed what he was saying there. He is a big problem, no doubt about it.”

Whereas at United, Pogba gets paid to play football and to fight for the team. Do United get their money’s worth?

Pogba does plenty of talking too.

He claims to be focused but admitted in a recent interview that it would be a ‘dream’ to play for Real Madrid. 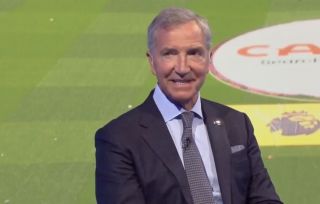