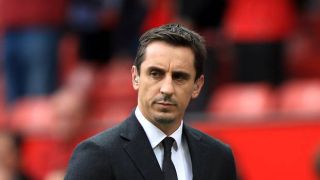 On the latest edition of the Gary Neville podcast, the Sky Sports pundit predicted that Arsenal and Manchester United will both finish outside the top four.

That means Europa League football for United next season, nowhere near as glamourous as the Champions League.

This won’t be a new experience for the club, but when will it begin to learn from mistakes?

In order to expect a manager to succeed, the club should be trying to create the right atmosphere and a quick glance at things in recent years will show up a complete and utter mess, from top to bottom.

Arsenal, on the other hand, could still qualify for the Champions League if they win the Europa League.

Assessing the race for a top four finish, Neville said: “Every time I look at the Arsenal team I think, ‘how many players really would Unai Emery like to be at the club in two years?

Unfortunately, there is little hope of a top four finish for United this season but Ole Gunnar Solskjaer’s good work at the start should still receive praise considering how far we were behind in December.

Watching our games over the past month, you couldn’t possibly say we deserve to be in the Champions League next season. A sense of sad reality.

Now the club must allow Solskjaer to rebuild this team and give him every chance to succeed in a difficult league.

Listen to the full episode of the podcast below where Neville also touches on David de Gea’s form and some thoughts on the title race between Man City and Liverpool.