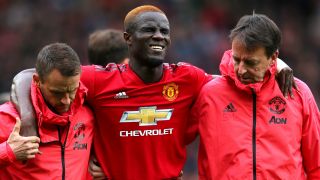 Manchester United have sadly confirmed that Eric Bailly has been ruled out of the rest of the season after suffering a knee injury in Sunday’s draw with Chelsea, as per the club’s official website.

Having his season cut short with two games remaining, Bailly will miss league fixtures against Huddersfield Town and Cardiff City.

United should win both games without any trouble, but our results speak volumes and explain why nobody should be too confident going into the games.

However, missing these games will still come as a blow for Bailly, even though United’s hopes of a top four finish may be gone. His future remains unclear at Old Trafford due to the lack of game time he’s been getting under Jose Mourinho and Ole Gunnar Solskjaer.

Perhaps the biggest blow to come as a result of Bailly’s injury is that he will now miss out on the Africa Cup of Nations. The competition is held in Egypt this year, the home of Liverpool’s Mohamed Salah, and it is the biggest tournament yet with 24 teams.

The Africa Cup of Nations takes place from 21 June to 19 July.

The centre-back was one of the players who had a strained relationship with former boss Mourinho, though he may be hopeful of a brighter future under the Norweigan who succeeded him in the hot seat.