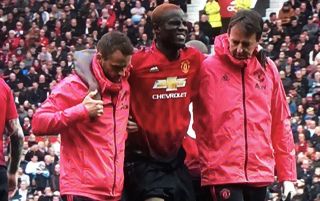 Eric Bailly has had to come off injured after suffering a bad injury against Chelsea.

It comes as a real shame for the Ivory Coast international given it occurred in a game that saw him return to the starting line-up.

He has been unable to stay fit since joining United in 2016 – though we’ve seen enough signs to tell us he has the makings of a good defender, yet he can’t help being in and out of the team.

United only have two games left when their match against Chelsea ends. It’s currently 1-1 after Juan Mata’s opener was ruled out by an Alonso equaliser (thanks to another David de Gea mistake!).

But that is likely to be the end of Bailly’s season.

No doubt he will recover on the beach over the summer.

Moreover, Bailly has his future to sort out this summer, knowing he’s not a regular as it is for United and how the club are planning to sign a world-class defender this season. You could say the writing it on the wall.

While Phil Jones and Chris Smalling keep getting selected after signing new deals at the club, Bailly may ask why his time should come to an end? The Chuckle Brothers have been given enough chances down the years, I wouldn’t be surprised if they’re still playing for United in 20 years time. 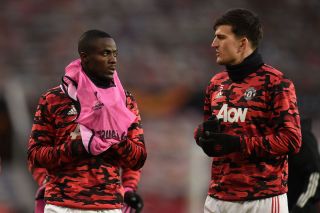