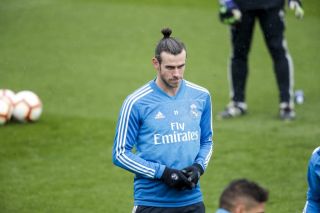 I can sense you yawning and yes it is nearly that time of year, but it is not quite the silly season just yet. Seemingly without fail the droning on saga of Gareth Bale to Manchester United gets dragged out and as regular as clockwork the stories disappear into the ether. So what is different now and could this story finally have some substance to it?

Six months ago I would have said no chance and I still believe there is little prospect of Bale signing on a permanent deal. However, the landscape has completely changed. Zidane’s re-appointment in Madrid has practically sounded the death-nail on Bale’s Real career and the truth is there are few clubs capable of securing the services of the mercurial Welshman.

United have had their hands burned with the long term Sanchez deal, so it would seem inconceivable that they would make the same mistake twice with talent similar in age and apparently approaching the autumn of his career. However Real have woken up to the reality that a sale is unlikely and talk of a loan move has been muted in Marca. Bale has got three years left on his current deal but Zidane clearly has other plans.

From a United point of view there is the potential for the club to lose Paul Pogba, a player whose global stature is such that his departure would have a major impact on the commercial numbers at Old Trafford. For a club like Manchester United in today’s football reality, not to have a football superstar would result in extended damage especially given the current trajectory of performances on the pitch.

In this context and looking at the prospect of a loan as opposed to a long-term cash deal for an injury prone player, this perhaps changes the complexion around the whole situation. There is no doubt that Gareth Bale would encourage bumper sales of the forthcoming home shirt but would there be a similar positive impact on the pitch?

The fact is United are not creating enough chances and have not really presented any real threat from the wing since the retirement of Ryan Giggs. United have a long tradition of fast-paced wing attack and recent reliance on full-backs to fill the void frankly has not worked. Added to that United have been limp from free-kicks from in and around the edge of the box, Rashford, Young and Mata have flourished in patches but the truth is none have consistently produced a goal return from free-kicks on a Beckham scale.

Bale would present an opportunity to change that and create chances for the likes of Rashford and in particular, Romelu Lukaku, who would doubtless be salivating at the prospect of linking up with Bale’s trademark whipped crosses. Added to that Bale’s own goal threat and you can see that a short term loan deal might be an attractive option to a potentially Pogbaless United next season.

There are a lot of moving parts in the months to come, with talk focusing on Jadon Sancho as well as the contract situation with Marcus Rashford. There is also the potential impact to consider of being demoted to the Europa League which would also affect the strategy for Woodward and prospective player’s agents. If United fail to qualify for the Champions League then flexibility will be required to balance the squad for next season’s campaign. This might just finally open the door to Gareth Bale after over a decade of speculation.