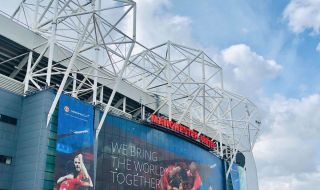 Ole Gunnar Solskjaer has named his starting eleven to take on Maurizio Sarri’s men, who are currently fourth and three points clear of United.

The initial fixture between these two sides at Stamford Bridge this season finished as a 2-2 draw, with Anthony Martial scoring twice against the Blues. He’s not in the best of form at the moment — but today would be a good time to get back scoring goals.

Solskjaer stands by David de Gea after what has been a difficult time for the goalkeeper, during which he has committed several howlers leading to goals for United’s opposition. This is one of the best goalkeepers in the world on his day, so the Norweigan is right to stand by his man but we must start seeing improvement from him.

In defence, Eric Bailly returns to the side to partner Victor Lindelof in the heart of defence. There is no place for Chris Smalling who usually starts under Solskjaer. Ashley Young takes the captain’s armband at right-back, while Luke Shaw operates on the opposite flank.

Solskjaer has opted to go with his preferred midfield trio which worked brilliantly for him when he took over at United. Ander Herrera returns from a thigh injury and will be joined by Nemanja Matic and Paul Pogba.

Finally, birthday boy Juan Mata gets the nod against his former club. His job today will be to put opportunities on a plate for Marcus Rashford and Romelu Lukaku.

See the team in full below.

The #MUFC XI who will take on Chelsea… #MUNCHE