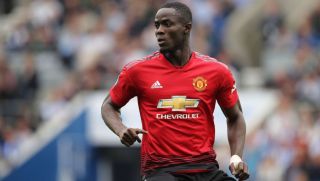 Lyon are preparing for the transfer window and they’ve reportedly put two Manchester United defenders on their radar.

According to L’Equipe journalist Bilel Ghazi, Eric Bailly is top of the shopping list for the French side, while Victor Lindelof is among the alternative targets.

For starters, we’ve all seen this season how Lindelof is United’s best centre-back, so it’s interesting to hear how Lyon think he would be a better fit to their defence next season.

Bailly has not had the greatest of times at United. In and out of the team, often out with injuries, and plays how we would imagine Phil Jones on speed…

This season the Ivory Coast international has only featured 17 times as neither Jose Mourinho or Ole Gunnar Solskjaer appeared keen on the defender.

His last appearance for United came in Paris. It may have been a memorable night for the club, overturning a 2-goal deficit away from home, but Bailly put in one of the worst individual performances from a United player this season.

The former Villarreal defender was all over the place.

However, Lyon’s chances of signing Lindelof are slim. United won’t be letting the Swede go anywhere are looking our most improved player this season.

At least Bailly is a realistic target for the Ligue 1 side.

Ghazi also claims that ex-United winger Memphis Depay could leave the club. Oh, and Tanguy Ndombele, who would be a nice addition if we lose Ander Herrera to PSG. 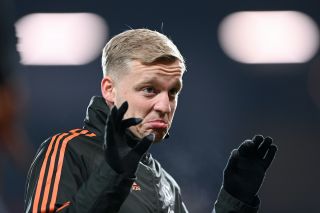