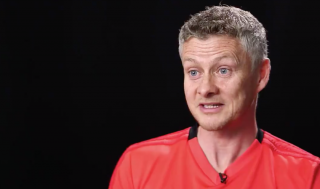 Ole Gunnar Solskjaer knows what it means to represent Manchester United in a Manchester derby. A proud moment no doubt, but he wants his players to lap it up tonight and get back in with a chance of a top four finish in the league this season.

United’s hopes of securing a Champions League spot took a dent at the weekend after a shock 4-0 defeat against Everton at Goodison Park. The Norweigan will expect a response from his players, although they were unable to do that against the Toffees after crashing out of the Champions League.

The honeymoon period is over and Solskjaer is already receiving questions about whether he’s the right man for the job, just a month after being confirmed United’s new manager.

But tonight the Reds face a difficult task as City look to gain momentum in the title race, and a win for Pep Guardiola’s men would see the Blues overlap Liverpool and climb back into first.

Solskjaer knows most United fans would prefer City winning the league to Liverpool, but his job tonight is ensuring United try to get all three points. We must worry about ourselves more than anyone else, especially the Scousers.

The boss spoke to ManUtd.com ahead of the game. Check out his short inspirational message for the players below, reminding them to play with their chests stuck out.

He warns the players to show up because there’s no hiding place in a Manchester derby.