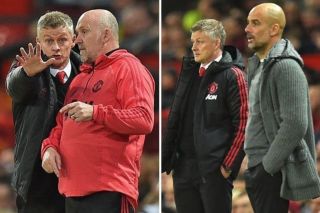 Make no mistake about it, Ole Gunnar Solskjaer is feeling the heat.

Andy Gray becomes the latest to take a swipe at the Norwegian coach.

NEXT: ‘Sick of these players’: Loads of Man Utd fans react to Man City defeat

On Sunday his players embarrassed the club with their performance against Everton, losing 4-0 and showing no passion for the shirt whatsoever.

You could tell after the game that Solskjaer was feeling let down. Their display was beyond insulting and tonight they had a chance to redeem themselves.

While the performance was much improved, we still lost the game and could have made ground on a top four finish with Wolves beating Arsenal 3-1.

Gray was offering his analysis on beIN Sports for the Manchester derby and was quick to question Solskajer after the match.