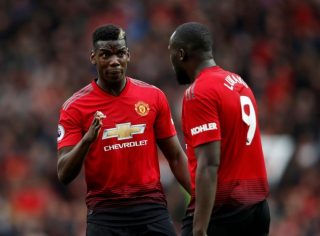 Reports are doing the rounds that if Manchester United fail to secure a Champions League spot in the Premier League spot, three players will consider switching clubs in the summer transfer window.

The job at hand for Ole Gunnar Solskjaer has got bigger with several key players linked with moves away. Though all three players have come under criticism, so it’s a wonder whether all are fulfilling their promise as key players.

United have been hit with a horrible sense of reality after an enjoyable honeymoon period under Solskjaer, but now we’re beginning to see the same problems reoccur and the same stars possibly on their way out.

NEXT: The task at Man Utd is in safe hands, and the evidence shows us so

According to the Guardian, Romelu Lukaku, Paul Pogba and David de Gea will consider their futures if the Reds fail to qualify for the Champions League. In order to have a strong chance at achieving this feat, United need to win their remaining league fixtures, with the next two against Manchester City and Chelsea.

It could be argued that Lukaku leaving wouldn’t be that much of a surprise given there’s a view he doesn’t suit Solskjaer’s style, which, in all honesty, has changed so much in recent weeks I no longer give it much identity.

There’s no real excuse for Pogba, who looked rejuvenated after the Norweigan came in. Now he’s throwing his toys out of the pram looking the same player who underperformed when nemesis José Mourinho was in charge.

Finally, De Gea hasn’t had a good season by his standards and his performances are gradually getting worse. He needs to do more for that contract but I wouldn’t be surprised if his head is elsewhere. It certainly looks that way.