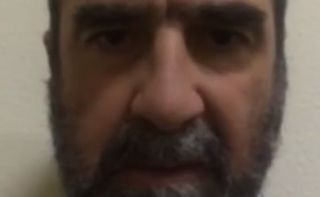 When Eric Cantona shared a post on Instagram today you would have been forgiven for thinking it would be Manchester derby related, with the Reds hosting City at Old Trafford tonight.

But, no, Cantona had a surprise in store for his followers who stumbled upon the new video.

This upload has absolutely nothing to do with football. Instead it features a sexual part of the male’s body smashing an egg…

There doesn’t appear to be any connection with the derby, however, Pep Guardiola could easily dress up as an egg. That’s not to say we want to direct the rest of the clip!

United need to beat Man City tonight if they’ve any chance of finishing in the top four. Next up in the league after Pep’s men is Chelsea, who are also fighting for a Champions League spot as well as Arsenal and Tottenham.

Spurs look set to finish the season in third but that fourth spot remains up for grabs. Hopefully United can clinch it.

WARNING: The video below is NSFW. It is disturbing.