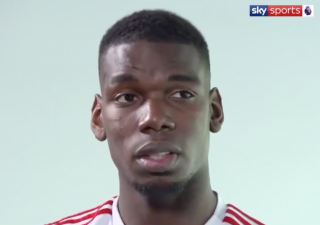 There wasn’t a Manchester United player who escaped criticism on Sunday.

The result itself came as a blow, but the lack of passion shown by the players was the greatest insult of all.

That’s why I would call Sunday’s display the worst Manchester United performance I have seen.

It’s truly unacceptable when you consider how much these players earn and how some are demanding double or triple their current earnings.

Paul Pogba is one who receives criticism on a regular basis, despite probably being United’s only world-class player.

The Frenchman came through the Academy and should know what the club stands for. A critical reaction to Sunday’s display shouldn’t come as a surprise as it’s warranted.

In an interview with Sky Sports, as seen below, Pogba admits the players disrespected the club and the fans.

“We disrespected the fans. You need to give everything on the pitch” @paulpogba sat down to reflect on a tough week for @ManUtd ahead of tomorrow’s Manchester Derby, live on Sky Sports.