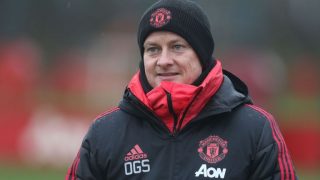 “If you want to play at this club, it has to mean more. I want my team to be the hardest working team in this league. I’m going to be successful here, and there are players there that won’t be part of that successful team.”

It’s a sentiment we, as fans, have heard time and again since the departure of Sir Alex Ferguson, the almost arrogance of the man tasked with steering the ship towards successful water, only this time you can’t help but feel it sounds different. Ole Gunnar Solskjaer is as good a voice as any when talking about successful sides, having spearheaded one of the most affluent in British footballing history, it’s fair to say he has meat on his bone with such issues and even fairer to believe him when he says he will be covered in glory as United boss.

However, the Norwegian has fallen upon hard times more recently in his role as manager. Five away defeats in a row for the first time since 1981, goals conceded in the last 11 for the first time since 1998, and a performance against Everton so abject it threatens to derail the hard work done thus far providing it doesn’t serve as the obvious wake-up call it should be for the players. The galvanising effect he had in December is long being forgotten through no fault of his own, but we fans should not despair just yet.

The opening statement is, of course, a direct quote from the man. He has been articulate and grounded in his press conferences so far, and harsh where he has needed to be though in a much less abrasive manner than his predecessor. Words about Anthony Martial recently drew comparisons with Jose Mourinho and his public criticism of stars and rightly so; Jose was murdered by fans and media alike for his gung-ho tactics in trying to get the best from faltering horses in the race for Champions League football, but with Ole, everyone accepted it as gospel. Perhaps the phrase “it isn’t what you say, but how you say it” rings truer than ever here.

Reasons not to despair are quite simply down to a faith in the man in charge. His former gaffer will have been a huge influence on his style, he will have been there through times where Sir Alex was ruthless in his manner regarding those not good enough – or fit enough – to pull OJ the famous jersey. Yes, he knows that the likelihood is 4 or 5 is a realistic number of acquisitions this summer as equally as he knows that isn’t anywhere near enough to scratch the surface with his project. A mass exodus is required, but that cannot happen all at once if laws are to be adhered to, we might not like the prospect of Phil Jones, Marcos Rojo and Nemanja Matic having roles next season but we also don’t have the choice.

Realism is required, as is ra eflection. Since Solskjaer took over, United have played an F.A Cup quarter-final, a UEFA Champions League quarter final and are still (inexplicably on recent form) in with a realistic shout of a top four finish come the season’s conclusion. He started out by playing the cut-throat, counter-attacking football fans have craved since the dark days of David Moyes (yes, David, we WERE that bad under you) and though it has since reverted to type, you know the 5-0 hammering of Cardiff is the pantheon to which he is aiming. United may have been vanquished in the latter stages of competitions which is shit (for want of a better word), but under Jose would they have won against PSG? Not buying it. Arsenal? Chelsea? Not a prayer.

Prima Donna’s may now be forcing their way back to the surface, infecting the attitudes of those around them and hindering progress, but Solskjaer was clearly doing wonders with them in the early months and obviously has a way with the bigger ego’s enough to have them playing a tune on his fiddle. You feel Paul Pogba may fall foul just as Roy Keane, Ruud van Nistelrooy and David Beckham have in the past, David de Gea and Anthony Martial aren’t protected from this either. Solskjaer knows Manchester United doesn’t accommodate egos, it creates them and nurtures them, no matter how many marquees Ed Woodward wants to erect. Ole is at the wheel, he’s bought into a shit heap with a broken drive shaft and a faltering engine, but it’s M.O.T time, and he will pass with flying colours.