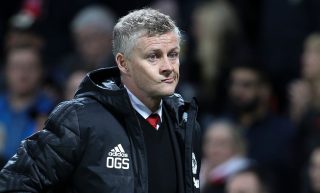 The bitter taste of Manchester United’s 4-0 defeat at Goodison Park on Sunday will remain in the mouths of the fans as they enter consecutive clashes against Manchester City and Chelsea with almost no hope of even earning a point. While the silver linings of Ole Gunnar Solskjaer’s appointment are clear, the club remains a mess and he will be one of the men tasked with sorting it out.

Any exodus of any kind requires some form of radical thinking, which is seemingly what is needed if United are to reach anywhere near the Champions League places next season. While Chelsea, Arsenal and Spurs have all quietly made progress in their respective projects, United have slipped into the rancidity that was described by Gary Neville in the aftermath of the Everton defeat:

“I’ve often said that if clubs have weeds in the garden, you’ve got to get rid of them. But there is Japanese knotweed rotting that football club, and it’s attacking the foundations of the house that needs dealing with properly.

“With [Jose] Mourinho, the fans stuck with him, but wanted him out in the end. They won’t want Ole out. They aren’t going to turn on Ole Gunnar Solskjaer. Those players well and truly have their heads on the line.”

United’s 25-man senior squad can be broken into a variety of groups, beginning with the players who are either uninvolved or clearly not up to standard. Antonio Valencia’s departure has already been confirmed, while Matteo Darmian is publicly known to want a move away. Marcos Rojo’s injury crises have made him an indisputable calamity after decent early form under Jose Mourinho, while Alexis Sanchez is far past the point of return, to the point where his contract will likely be terminated.

One player who may not leave but really should is Phil Jones, who is clearly not up to the form or fitness standards required despite being involved by Solskjaer. Some argue Eric Bailly could be on his way out due to similar problems. The impending expiry of Juan Mata’s contract is not a good sign for the Spaniard, who does not fit the mould in a United side that aims to be dynamic and mobile in attack.

Ashley Young and Nemanja Matic have proven time after time that, despite their occasional merit, they are well past their best, though they may play dressing room roles through the final year of their contracts while youth players are promoted to replace them. Players like Chris Smalling, Jesse Lingard, Andreas Pereira and Romelu Lukaku should find themselves retained for another season to prove themselves as there is no rush to sell more players than have already been listed above.

Players Who Want to Leave

The next group of players are the ones who want to leave, all of whom must do so. Ander Herrera seems likely to be on the top of this list given rumours linking him to Paris Saint-Germain. Herrera is not a tough player to replace, but he is a player United would normally not want to replace, and one who will be expensive to replace.

Although their recent form has shrivelled up with the rest of the United squad, losing Paul Pogba and David de Gea, both of whom are linked with Spanish giants Real Madrid, would be an unconditional disaster. If they want to leave United, they must do so, but they will instantly add two more names to the shopping list.

Third is the group of players whose futures at United seem quite clear given their age and potential. Marcus Rashford and Anthony Martial are the future and, given the likely summer overhaul, the present. Newcomers Fred and Diogo Dalot seem to need far more time to prove their credentials, Scott McTominay should play many minutes next season continuing his current form, and Sergio Romero and Lee Grant are unlikely to be moved unless an academy goalkeeper replaces one of them.

Victor Lindelof and Luke Shaw would be as surprised as me if they were told in September that they would be the two players vying for United’s Player of the Season award.

The proposed moves above leave a squad of the following 15-17 players:

This leaves a very, very slim United squad, and given the fact that Solskjaer implied that a maximum of five additions are likely (and the positions of these players depend heavily on the futures of de Gea and Pogba), the squad after a proper clear out and summer window will have 20-22 players, leaving 3-5 holes in the squad for next season.

There is one last area of the squad which needs addressing, and it is the variety of promising youth talents currently emerging from the academy. These players are needed to inject some of the old United spirits back into a side that sorely lacks it, and as seen by recent contributions from McTominay, a certain intangible exuberance, grit and identity is added to the equation when youth are introduced.

The likes of Ethan Laird, James Garner, Angel Gomes, Tahith Chong, and Mason Greenwood were specifically mentioned as likely debutants by Solskjaer earlier in the season, as per the Manchester Evening News. Combining them with the likes of Axel Tuanzebe, who has impressed on loan at Aston Villa, and Timothy Fosu-Mensah, who could use a final opportunity to impress after struggling like everyone else at Fulham this year, an aggressive, young and formidable United squad could emerge from the clearout.

While the club is currently a mess, the potential to make an exciting side in 2-3 years remains if United properly clear the deadwood, reinvigorate the squad with heavy investment in the transfer market, and embed youth to maintain the club’s DNA, which looked entirely missing against Everton. This is a chance for Solskjaer and the club board to demonstrate that United are still a force in the footballing world, and it may be the last one, too. 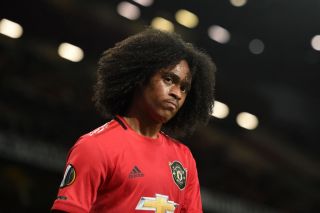 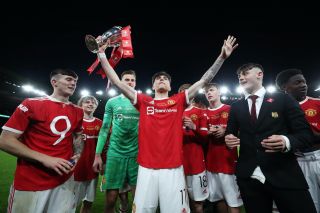