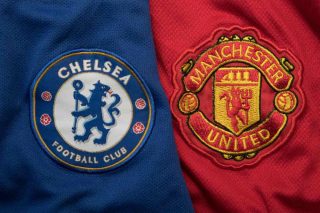 Manchester United should be considering a new right-back this summer.

Ashley Young is too error-prone and Antonio Valencia is leaving the club once his contract expires. That obviously gives Diogo Dalot the opportunity to earn his place in the team, but the club should still consider other options as we’re alright light in the position.

It’s not worth mentioning Matteo Darmian, who doesn’t get much of a look in, so United really need to shake up their options as Solskjaer rebuilds the side.

NEXT: Gareth Bale available on loan after lack of permanent offers; Man Utd should consider no strings attached deal

According to the Daily Mail, United have been keeping tabs on Chelsea’s Reece James during his season-long loan at Championship outfit Wigan this season.

James already has family playing for United with his sister Lauren part of the Women’s Championship winning title.

The report claims James has a £15 million valuation with United among the clubs still tracking the Chelsea loanee.

He was named in the Championship Team of the Season – interestingly positioned as a centre-back.

Delighted to be named in the @EFL championship team of the season! 🙏🏽 pic.twitter.com/JQxVtTUih7

Chelsea are under no obligation to sell James this summer, he’s contracted to the Stamford Bridge club until 2022, having agreed to fresh terms before being sent out on loan.

With Callum Hudson-Odoi’s rise to prominence and Chelsea’s transfer ban, the Blues are hardly going to allow any of their players join a domestic rival if they can avoid it.