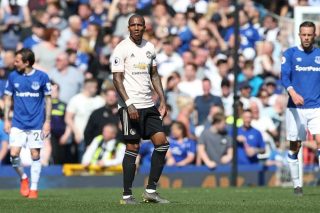 There are four games left to play in the Premier League this season.

While a top-four finish is still possible, Sunday’s 4-0 defeat against Everton put a dent in our hopes.

Ashley Young, who thanked the fans for their amazing support at Goodison Park, believes it’s still possible to finish in the top-four. He has been getting a lot of criticism lately but the same mistakes occur when he doesn’t play.

The left-back insists the Reds will be ready to take on Pep Guardiola’s title challengers, as quoted by Goal.com: “We know how important that’s going to be. If you can’t get yourselves up for the Manchester derby, there’s something wrong. I’ve got confidence that we’re going to be ready for Wednesday. It’s a disappointing day today but we’ve got to dust ourselves down fairly quickly and go again this week.”

Now their sights are set on the Manchester derby this week, which will be a tough task for the Reds and they can forget about it if United perform as they did against Everton.

It came as a relief when Arsenal lost to Crystal Palace 3-2 later on Sunday, meaning we’ve some chance of getting a Champions League spot secured before the season ends.

United sit sixth in the Premier League table and will need to get 12 points from the last four games, as well as need results elsewhere to go in their favour.

“It’s four games, it’s four winnable games,” Young continued. “If you’d said in October, we would be in this position we’d have taken it, but a club like Manchester United, we should be looking much further up the table.”

The fans were excellent at Goodison Park. Cheering the lads on through a humiliation.

“We’ve got four games left, we’ve got four wins to get. It’s gonna be tough but I’m sure we can do it. We were 4-0 down and [the fans] were still singing. They’ve been fantastic and we’ve got to go and put a performance in on Wednesday.”

Even if United do put a better performance in against City, it will take a lot to go from Sunday’s standards to beating one of the best teams in the country.