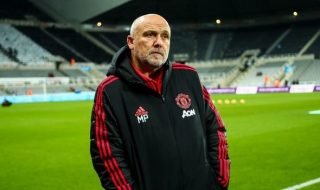 According to The Sun, Michael Carrick is on the verge of signing a new deal at Manchester United.

Carrick announced his retirement from playing football last year and became a coach under José Mourinho. He was joined by Kieran McKenna, who has also remained as part of Ole Gunnar Solskjaer’s backroom staff.

It is being claimed that the 37-year-old will sign a new deal in the coming days.

However, according to The Mirror, Mike Phelan’s future is less clear. After working with Sir Alex Ferguson for 15 years, he is yet to pen a long-term deal at Old Trafford, which could give Solskjaer a reason to be concerned.

Phelan remains the director of football at Australian A-League side Central Coast Mariners, but we find it hard to believe that United could struggle to convince him to keep his role as assistant manager.

He apparently fancies the role as director of football, knowing it’s a vacant position at the club and that United are working on it.

Speaking about Phelan’s situation earlier this month, Solskjaer seemed confident his right-hand man would soon agree on fresh terms with the club.

He said, as quoted by The Express: “I think Ed (Woodward) and Mike and will get things sorted very soon, he’s a key part of the club.”

United travel to Goodison Park to face Everton this afternoon. The race for top four is beginning to heat up!