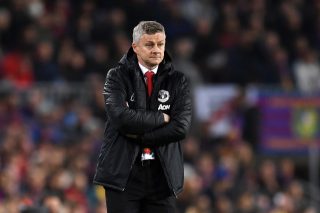 The Manchester Evening News have revealed Manchester United’s squad for the Everton game.

The following list of players made the trip to Merseyside on Saturday in preparation for the match.

While Eric Bailly and Ander Herrera both returned to training this week, neither is fit enough to face Everton later today. Luke Shaw is absent due to suspension.

The embargoed section of Ole Gunnar Solskjaer’s press conference was released late last night. He had this to say about Mason Greenwood, as quoted by The Mirror: “Mason Greenwood is 17-years-old. He is a player for me. I want to give him the chances to become a top player at this club.”

Greenwood does not feature in the matchday squad as he’s been busy continuing his incredible goalscoring record for the youth teams at United. He will be buzzing with Solskjaer’s comments and is bound to go on the pre-season tour this summer.

The youngster has featured in the first team since Solskjaer came in and there’s a lot of excitement surrounding the boy. Someone close to the club’s coaching set-up recently described him as a player who has always been the top player in his age group.

United still have plenty of attacking options with Alexis Sanchez back from injury.