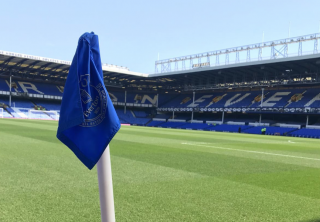 In a crucial Premier League meeting against the Toffees, Manchester United cannot afford anything less than three points as they continue to fight for a top-four finish after being knocked out of the Champions League during the week.

The boss has opted to make three changes to his team that lost against Barcelona on Tuesday night.

In defence, Diogo Dalot returns to the starting line-up but it remains unclear whether he will play at right or left back? Victor Lindelof played on the right against Barca but could be part of a back three today, with Phil Jones and Chris Smalling both starting.

Then, a front trio of Romelu Lukaku, Marcus Rashford and Anthony Martial have the responsibility to open Everton up and take advantage by winning the game.

See full-line below, as tweeted by @ManUtd:

It’s always a tricky encounter at Goodison Park so we’ll be hoping all of the United lads hit the ground running once the game kicks off. No excuses, the players are there to beat this Everton side, even if Marco Silva’s men have got favourable results against Arsenal and Chelsea over the past month.