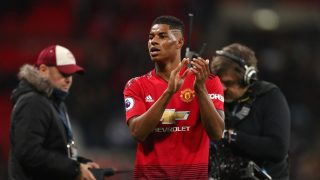 Marcus Rashford has been nominated for the PFA Young Player of the Year award.

The Manchester United striker’s spot on the shortlist recognises the 21-year-old hard work throughout the 2018/19 season, though a lot more is still expected of Rashford.

For instance, if Romelu Lukaku leaves United this summer it would be a risk to go into a new season without bringing in a proven goalscorer as Rashford has yet to become a 20+ goal per season striker.

Rashford has made 28 appearances in the Premier League this season, scoring 10 goals, as tracked by the official Premier League website. His goal tally will increase once he becomes more potent in and around the box, which is something Ole Gunnar Solskjaer has stressed when talking about his young striker.

The winner will be announced at the 2019 PFA Awards on April 28.