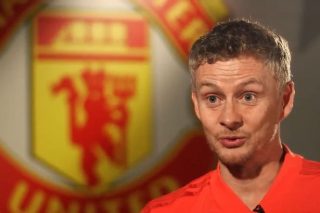 Reports suggest Juventus are planning a rebuilding job this summer with a host of stars set to leave Turin.

Dybala has been linked with a move to United for some time. He’s not alone, of course, with Costa and Sandro also filling the gossip column inches with United attached.

The Daily Mail recently ran a story on Dybala which claims United are willing to spend £120 million on the highly-rated playmaker. With Juan Mata potentially leaving in the summer, a creative spark like Dybala will be needed.

However, the arrival of Cristiano Ronaldo last summer has made life a little more difficult for Dybala, who may part ways from Massimiliano Allegri in search of having a key role elsewhere. It is believed that he is still close mates with Paul Pogba, therefore, the idea of linking up with the Frenchman again may appeal to the Argentina international.

Douglas Costa, 28, is older than some of the players United are looking at to play on the right wing next season. The age profile of targets has been regularly mentioned in reports over United transfers, so unless they struggle to sign a player like Jadon Sancho or Callum Hudson-Odoi, speculation surrounding Costa could be just agent talk.

The Brazilian is not considered consistent enough for Juve, so what makes people think he would be good enough for United?

Adam Skinner from The Express ran a report at the end of March suggesting that Solskjaer could look to make Costa his first signing at United.

Another player reportedly up for sale is Sandra. The Brazil left-back was strongly linked with United a year ago, but Luke Shaw has done so well in the role this season it doesn’t look like the club are still searching for that type of player.