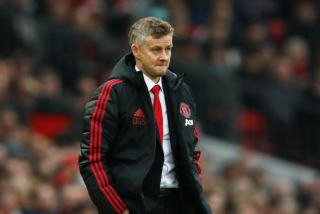 With Ole Gunnar Solskjaer’s Manchester United side crashing out of the Champions League in midweek, top four qualification remains the only possibility of avoiding Thursday night football next year.
Let’s take a look at Solskjaer’s competition in what promises to be a nail-biting finish to the race for the European places.

Mauricio Pochettinho’s side will feel most confident about securing a top four place. Apart from a trip to the Etihad against a bruised Manchester City side on Saturday, Spurs have four very winnable games. Three of Spurs’ remaining five games are at the spectacular new ground where they are yet to be defeated.

The most straightforward run in. Unai Emery’s side will be confident of maintaining their position in the league but be wary of their abysmal away form in recent months which could still scupper their hopes.

The Reds’ hopes of a top four finish rest on the home game against Mauricio Sarri’s side at the end of April. Chelsea have been in better form of late, but a Europa League semi-final in between the trip to Old Trafford and game against Watford means Sarri may have to prioritise the European competition.

Ole Gunnar Solskjaer has reiterated to his players that four wins from five will be just about enough. However, this is not guaranteed with the Reds’ Champions League rivals hitting form just at the right time.

What is for certain is a home win against Chelsea is a must, but anything out of the Manchester Derby on Wednesday will be a bonus with the current form Solskjaer’s side are in. First up is Everton on Sunday, which is no easy task with Marco Silva’s side picking up three wins from their last three, including victories over Chelsea and Arsenal.

All three of United’s top four rivals will be confident about their chances of a top four finish, but the Reds are the only team without the distraction of midweek European football which could prove to be a huge blessing for Solskjaer’s men.