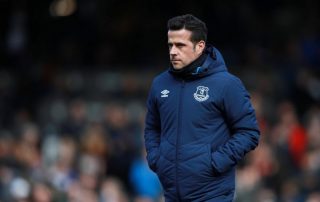 With just five games left this season, Manchester United need to beat Everton this weekend if they’re to challenge for a top-four finish.

We need a few of our rivals to slip-up in the process, but Ole Gunnar Solskjaer’s men should focus on themselves only.

NEXT: Solskjaer to take advice from Mike Phelan as Man Utd shake up transfer strategy

Marco Silva addressed the press on Thursday ahead of United’s visit to Goodison Park on Sunday and he insists his team will make the task difficult for the visitors.

“What gives us confidence, is knowing what we can do as a team. Everything I can see in my players and what we are able to do during the matches gives me confidence. We have big respect for Manchester United and their quality but it is up to us, playing at home, to try to win the game. I am 100 per cent sure, if we are at our best level, it will be tough for Manchester United.” (Quotes from Sky Sports)

Silva has to talk up the possibility of his side turning United. It may be unlikely on paper but Everton have shown in games against Arsenal and Chelsea that they can surprise the big boys.

However, there were signs of vulnerability when Everton last to Fulham recently. He added:

“If we can reach the same level as in our past three home games, it will be really tough for them. It is my desire and our desire as a team to be at that level again at Goodison.”

The Reds have already beaten The Toffees in the league this season, 2-1 at Old Trafford back in October. Goals from Paul Pogba and Anthony Martial proved enough to secure three points and they will both hope for the same this weekend.

Pogba and Martial need to get back performing at their best if United are to finish the season strongly. Not just those two, but quite a few players have took their foot off the gas since the PSG win.