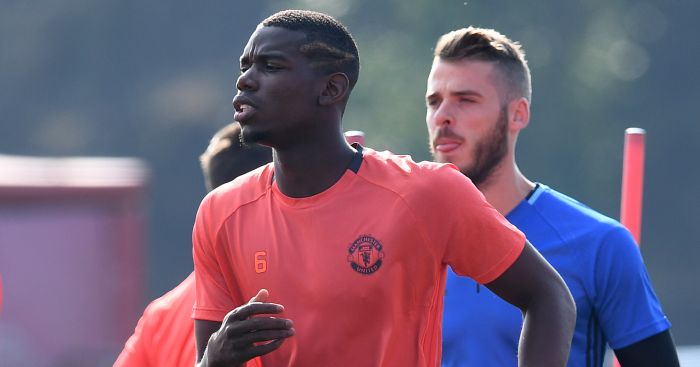 According to a report in the Times, every Manchester United first team member will see their basic salary reduced by 25% if they fail to qualify for the Champions League, which was also the case in 2016 before the appointment of Jose Mourinho.

With both star players future’s up in the air, they are requesting new deals as potential Europa League qualification looms.

Pogba and De Gea’s form have dipped of late, with De Gea making a catastrophic error against Barcelona in the Champions League in midweek.

De Gea has been in contract negotiations with the club over the past season, but no advancements have been made. Both players seem to be holding out for the ridiculous £400,000 a week contract currently given to flop Alexis Sanchez.

United fans will not be pleased two of their star players are demanding a hike in wages, with an expectation that these two stars should be able to contribute to Champions League qualification themselves.