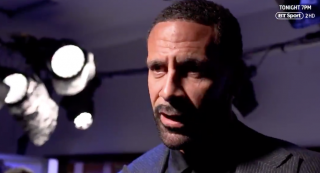 While the away leg against Barcelona will be a daunting task, Rio Ferdinand believes there is a way Manchester United can progress and reach the Champions League semi-finals.

The Reds travel to Barcelona after losing the first leg 1-0, with Luke Shaw handing the visitors on that night an away goal to take back to Camp Nou.

United will need to repeat history in order to knock Barça out of the Champions League and Ole Gunnar Solskjaer knows all about dramatic comebacks at Camp Nou. He will be hoping his side can replicate the team spirit United showed back in 1999 as Solskjaer scored the winning goal in stoppage time to deliver Sir Alex Ferguson’s first European Cup.

Though the deficit isn’t as bad as it was going into the second leg against PSG in Paris, United are up against a better side with more experience at the highest level. This Barça side wins La Liga year after year and they’re always tipped to go the distance in Europe.

“I think he has to make sure they’re tight at the back,” Ferdinand told BT Sport.

“History can repeat itself.”

All will be needed if Man Utd are to overcome Messi and Barca 👊#NoFilterUCL takes you behind the scenes ahead of a truly massive game. pic.twitter.com/r4s7nQSdkA

Barça haven’t lost a home game in the Champions League since 2013, so there’s a statistic Solskjaer’s men must overcome to achieve something special in the coming hours.

The Reds gave reason to be encouraged after the first leg, but they must create more chances and cross the ball better to have any chance of coming back.

“They had some positives tonight [first leg] but they’ve got to score when they go there, didn’t get one shot on target at Old Trafford so that’s something they’ll want to work on.

“Build that belief from somewhere that’s down to the management and staff to instill that into these players because if you want to win tournaments like this and be successful the confidence to score goals has got to be there for everyone to see.”

Ferdinand also revealed what his heart says the result will be in Catalonia.

“My heart says yes they can but I think it’s more about what Messi turns up, he’s that great and done so much at a top level for a consistent period of time. It could be 1-0 Man United and then we go penalties.”

Qualify and United will stand a good chance of going all the way in the competition, though whoever goes through tonight is likely to face Liverpool in the semi-finals. That would make an interesting tie!