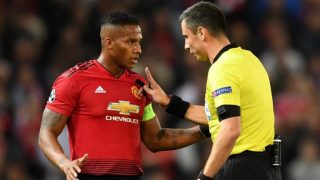 Ole Gunnar Solskjaer has confirmed that Antonio Valencia will be leaving Manchester United at the end of the season.

Valencia, who has spent 10-years at Old Trafford, will leave the club on a free transfer this summer, therefore handing in the captain’s armband to be modelled by someone else from next season onwards.

He has been a loyal servant to the Reds since joining from Wigan in 2009, during the same summer Cristiano Ronaldo left United for Real Madrid.

As quoted by the Metro, Solskjaer was asked about who would be captain next season, to which he replied: “We’ve had Antonio (Valencia), he’s going, we’ve had Ashley (Young), we’ve had Paul (Pogba), we’ve had David (de Gea), Chris (Smalling) has been captain, so there are players here who can be captain on the pitch.”

This shouldn’t come as a surprise to anyone considering the little amount of football Valencia has played this season.

And, when he has played, the Ecuadorian has been terrible. Not a shadow of his former self.

United had been strongly linked with a summer move for Crystal Palace starlet Aaron Wan-Bissaka, but The Sun claims they will go for PSG full-back Thomas Meunier instead.

Solskajer reportedly doesn’t want to lose any experience in the position and Meunier, aged 27, has been around a lot longer than Bissaka or even Diogo Dalot.

Dalot has shown signs this season that he has lots of ability. Against Barcelona on Wednesday, he never looked like shying away from the occasion. It’s just a wonder that he’s not a preferred choice over Ashley Young yet. 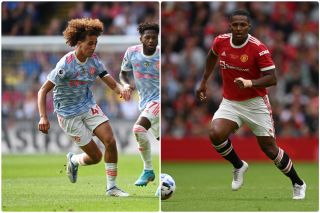