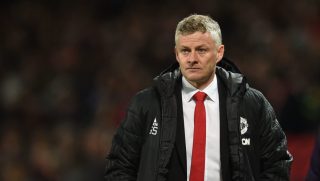 If it wasn’t for Ole Gunnar Solskjaer’s arrival in January, would Manchester United be in a position to be challenging for a top four finish?

I don’t think so considering how grim it was under José Mourinho.

We rarely looked convinced, couldn’t get a run together and were ultimately underperforming as a team.

While United are on a poor run or 4 defeats in 5, Solskjaer’s men still stand a great chance of finishing third or fourth in the Premier League this season.

The boss will take each game as they come, though he believes 15 points between now and end the season will ensure third place.

That, considering where United where in December, would be an achievement.

At his press conference on Friday morning, Solskjaer said, as quoted by the Manchester Evening News: “We need as many points as possible and I think if we get 15 we’ll be top three because in those games hopefully we’ll beat Chelsea but now it’s about West Ham and focusing on a good performance to give us three points. We want top three. Top four is also an aim if we don’t get the 15 but we should aim for 15 points.”

It’s possible but it won’t be achieved unless United can get back to winning ways.

We have West Ham this weekend before taking Barcelona on again in the second leg of our Champions League quarter-final tie. The Catalans go into the game with a one-goal advantage.