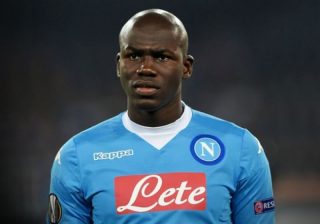 Manchester United are stepping up their interest in Napoli defender Kalidou Koulibaly with a bid worth £90 million, according to reports.

Ole Gunnar Solskjaer may be about to smash the current highest fee for a defender, which saw £75 million paid by Liverpool.

The Reds have been linked with moves for Real Madrid’s Raphael Varane and Tottenham’s Toby Alderweireld.

But The Sun claims that Koulibaly will be Solskjaer’s main defensive target this summer as United look to build a side strong enough to challenge for the Premier League title.

It was reported by The Independent last week that Koulibaly recently parted ways from his agent Bruno Satin, which could be the start of a busy summer for the Senegalese defender.

United’s current centre-back pairing doesn’t fill us with a lot of confidence. Although Victor Lindelof has looked like one of United’s most improved players, Solskjaer doesn’t have an adequate defender to partner him with, yet that didn’t stop the club giving Chris Smalling and Phil Jones bigger and better contracts in recent months.

If any of the three defenders being touted sign, I’ll be very happy. Though Alderweireld may be a defining factor.