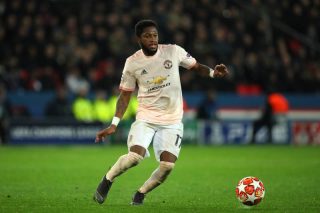 Ole Gunnar Solskjaer has named his starting eleven to take on Barcelona in the quarter-finals of the Champions League.

As far as the defence is concerned, there aren’t any surprises in terms of personnel, but the tactical approach may raise concerns. We hope it doesn’t mean Ashley Young is part of a back three, although it is possible with Diogo Dalot acting as a wing back with more allowance to push forward. Luke Shaw keeps his place at left-back, while Chris Smalling and Victor Lindelof form a centre-back pairing.

In midfield, Solskjaer has called upon Scott McTominay and Fred to partner Paul Pogba. The pair who still have a lot to prove in United shirts did extremely well in the last round against Paris Saint-Germain, shocking most fans, including ourselves.

With Anthony Martial on the bench, the boss has opted for two strikers in his starting line-up. Marcus Rashford and Romelu Lukaku will be expected to lead the line and to punish Barcelona on the counter-attack.

The striking duo needs to be clinical if United stand any chance.

See the full team below, as per @ManUtd on Twitter.