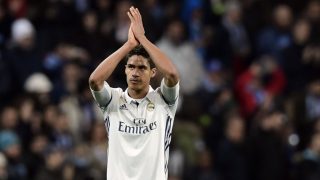 According to the Metro, Real Madrid could target Napoli defender Kalidou Koulibaly as a replacement for Raphael Varane, amid suggestions the Frenchman could join Manchester United in the summer.

The 25-year-old is believed to be keen on a new challenge and winning all is there is to win with Madrid, as well as the World Cup with his country, and that could see him become a Premier League player.

That said, Koulibaly has also been linked with a move to Old Trafford, suggesting one of these deals could kick-start another.

NEXT: Man Utd loanee apologises to Fulham fans before signing off

It was reported last summer that Ed Woodward met with Madrid in Miami and made it clear he wanted to make Varane the first €100 million mark defender, as reported by BBC Sport. That never happened but a year later the executive vice-chairman’s wish could come true.

Moreover, Los Blancos pipped the Reds to Varane’s signature in 2011 and we ended up with Phil Jones instead…

These claims from the Metro come after The Independent ran a piece saying Varane was one of United’s top targets for the summer, along with Borussia Dortmund’s Jadon Sancho.

Then, earlier this week, the well-respected Jose Luis Sanchez told El Chiringuito TV that Varane has already informed Madrid about wanting to leave.

There are fears the Frenchman could be using United’s interest to earn a bigger and better contract at the Bernabeu, ala Sergio Ramos, but hopefully that’s not the case.

Varane would be a fine addition to Ole Gunnar Solskjaer’s defence.